Sue Ann Carpenter writes about her acting in Amiri Baraka’s The Dutchman in New Mexico:  “did this at old town studio in 1970 – directed by geno silva classmate of mine at unm  – it was a cool play – great dialogue – we were on stage about one hour just the two of us one act – then we were picked up to take it to don juan playhouse in pojoaque & los alamos. 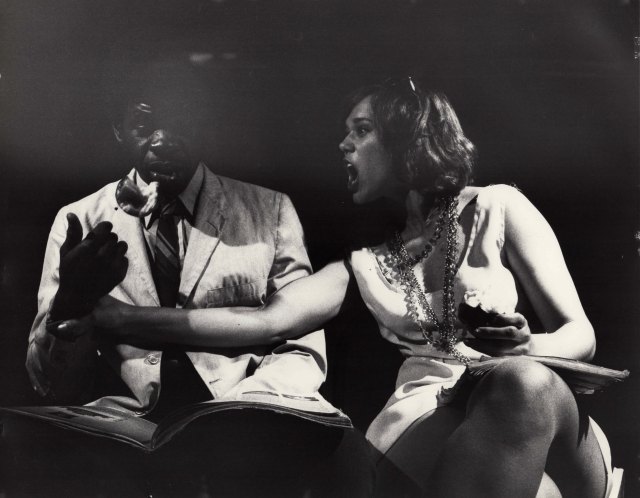 “when nat simmons came to do it in los Alamos it was set outside in the amphitheatre – the play lost a lot of the ambiance – it was good but better inside – i was flattered when steve asked ron and me to perform a portion of it for his class – he was such a great addition to the unm staff anyway.  .   . ” Sue Ann Carpenter 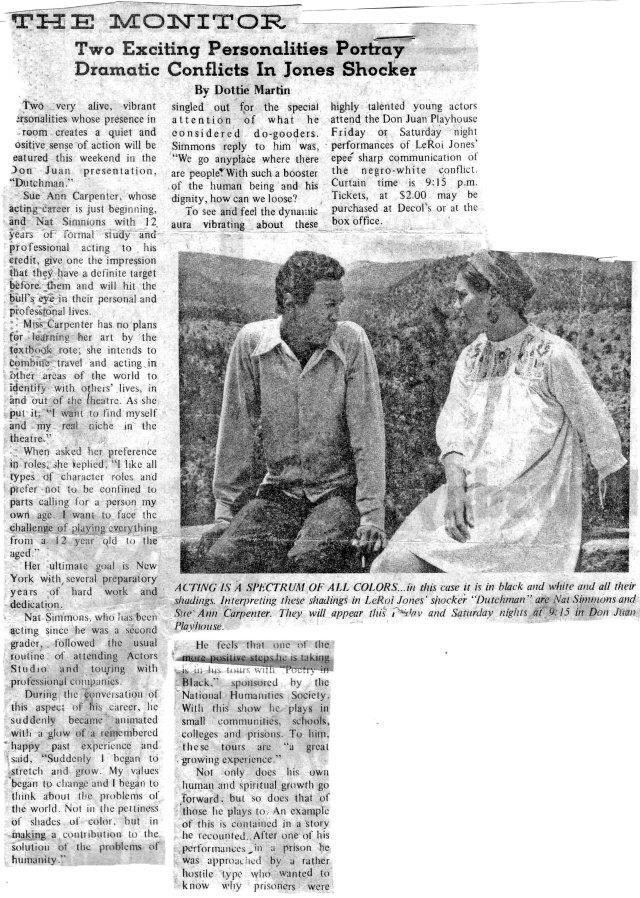 “Dutchman is a play written by African-American playwright Amiri Baraka, then known as Leroi Jones. Dutchman was first presented at the Cherry Lane Theatre in Greenwich Village, New York City, on March 1964.” (Wikipedia)

Poet exploring his viable extensions - publisher, performer, playwright - hand to hand help in creating spaces for poetry to be live in - reading events, recordings, online and tangible publications in the vocal spirit of his New Mexico.
View all posts by larry goodell →
This entry was posted in live poetry. Bookmark the permalink.